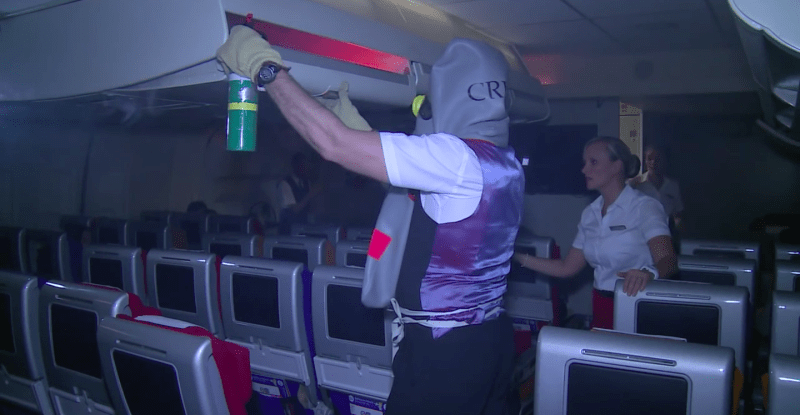 With all the recent news of aviation based battery incidents it is clear that personal electronic devices (PEDs) pose a genuine threat to the safety of all on board. There are literally so many of them out there, no one has any clear idea the number that are being carried on board aircraft each day... But one thing is clear, the number is astonishing and so far we've been fairly lucky that only a few instances have resulted in an actual crash. The FAA reports that as of April 3, 2015 there have been 152 battery related incidents with U.S. carriers air cargo/ baggage that resulted in smoke, fire, extreme heat or explosion. Keep in mind this does not take into account unreported incidents and this number is only within the U.S. ... Though nobody knows for certain it is estimated globally that number could be 3 - 4 times higher. It is easy for an incident to happen... The contacts on someone's spare battery touches an object in a way that creates a short, thus overheating the battery... A laptop is accidentally left running, placed in a bag, and then placed in the overhead without any ventilation... A smart phone is dropped in a way that allows it to be pinched between 2 seats, thus causing the battery to rupture and catch fire... Our Explosion and Fire Containment Bags are highly effective tools against on board battery fires. They are designed to withstand sustained internal temperatures of between 1,000 and 1,200 degrees Fahrenheit (648 C) and also work towards denying oxygen (a key feature when trying to extinguishing a fire). Made with four FAA Certified layers (each of which serves a specific purpose) they can also take a tremendous beating. It is not uncommon for an overheating battery to not only catch fire, but also explode. Our Explosion and Fire Containment bags have been tested with explosive detonations as demonstrated in this video. Brimstone Fire Protection owner Lee Hershberger says it is clear based on the positive response to our products from cargo and passenger companies alike that pilots and industry leaders are taking battery fires seriously... We think they should... Please read more about our Explosion and Fire Containment Bags or Contact Us for further information.